Levels of Situational Awareness: Which zone are you in? 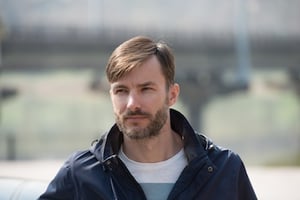 Situational awareness is important for everyone — every teacher, student, working professional, church attendee, and stay-at-home parent. Granted, it's unrealistic, and arguably unnecessary, for civilians to maintain the same level of acute awareness as people whose livelihoods are based around it. Imagine how exhausting it would be to remain on high alert 24/7, not to mention how much it would exhaust the people around us as well!

U.S. Marine Jeff Cooper developed the Color Code concept to identify different levels of situational awareness and to help people understand how to act as someone who is situationally aware.

Practical and straightforward, the Color Code is still taught to law enforcement officers today. Let's take a look at it from a civilian perspective...

The White Zone is the zone you want to avoid. It's when you're on autopilot, going about your daily activities without paying much attention to anyone or anything around you. This is the zone kids often live in. They try to run across the road without looking, and unless told otherwise, they would gladly take candy from a stranger.

As adults, we like to think that we're much more aware than this, but sometimes we are as oblivious as a four-year-old running through a parking lot. We stare at our phones while we cross the street or when we're stopped at an intersection. We're too quickly rushing from one thing to the next to even notice the people we're brushing shoulders with at the mall, church, work, or school. The White Zone always feels safe, but in reality, it is quite the opposite.

The Yellow Zone is the sweet spot. This is when you notice your surroundings and exercise the basic practices of people who are situationally aware while remaining relaxed. You may notice the things around you with Jason-Bourne-like precision, but no one around you is consciously aware that you're noticing things. You're not panicked or on edge. You're still going about your routine, but you're making mental notes along the way.

The art of finding and staying in the Yellow Zone takes practice, but it starts with simple things like putting your phone away and paying attention to people's body language. When you're in the Yellow Zone, you're able to spot potential threats, and the only reason you should leave this zone is if you do notice something that appears to be out of the ordinary.

Let's say you're out for a run, and you notice a large white van parked alongside the gravel road ahead. This is the section of your running route that is usually unpopulated and you become instantly suspicious.

Now you're trying to gather more information about the scene. You slow your steps to give yourself more time to take it in and evaluate the threat, if any. You become hyper aware of the sounds around you as you listen for other approaching vehicles or people. You also hear that the van ahead is running, and you see someone in the driver's seat.

Still, this is not necessarily a threat. It's just something that isn't the same as your usual routine.

The Orange Zone is the planning zone. It's when you not only notice and analyze threats, but also when you start planning how you would react if there is an actual threat. Instead of trying to come up with a plan of defense, should this situation go south, you instead decide to cut your run short. You turn around and head back the way you came.

Once you're about a quarter mile from the van, you move back into the Yellow Zone. Moving between the Yellow and Orange Zones is something you may find yourself doing dozens of times a day, and that's not a bad thing.

It's just as important to practice moving from Yellow to Orange as it is moving from Orange back to Yellow. In other words, you need to be able to relax as quickly as you were able to react.

You're in the Red Zone when you're faced with an obvious threat. For example, if the driver of the van had pulled out a gun and pointed it in your direction, or if someone had attacked you, you would be in the Red Zone.

As long as you've been gradually moving through the zones, then you should have a planned reaction when a threat becomes obvious. Typically, the people who freeze in emergency situations are the ones who were abruptly forced out of the White Zone and into the Red Zone.

Learn how to do the zones