6 Habits of People Who Are Situationally Aware 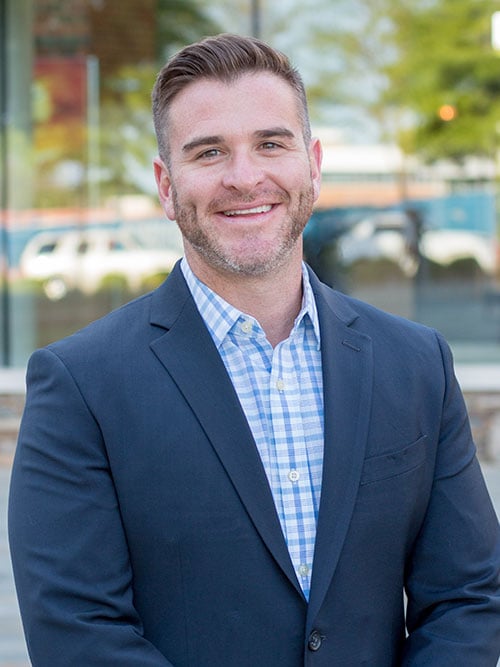 Some people go about their day very attentive to their surroundings, and others are completely oblivious. Most civilians fall somewhere in the middle. We will probably notice the person in front of us in the customer service line yelling at the clerk because they can't get a cash refund, but we may not see the individual to our right wearing a baggy hooded sweatshirt on a 90-degree day.

Being situationally aware doesn't mean you're stereotyping people or assuming the worst about them. It means you continuously observe your environment and notice things that are abnormal, such as people wearing hooded sweatshirts in the heat of summer.

In order to improve your situational awareness on a daily basis, let's discuss 6 basic practices that people with a healthy level of awareness regularly do.

Making eye contact with the people around you is one way to practice basic situational awareness. Your effort to look others in the eye will alert you to oddities such as someone with shifty eyes avoiding eye contact, or a bystander who may be watching you or someone else a little too closely. Both scenarios signal potential threats and should heighten your sense of awareness and caution in the following moments. For example, if you notice someone staring at you while you're riding the subway or bus, consider not getting off at your planned stop if it meant you'd be alone and therefore an easy target.

Two things to note about eye contact: First, we're not suggesting that you can — or even should — evaluate a person's intentions based on the look in their eye. We simply recommend using eye contact as a means to actively observe your environment. Second, be casual as you look around and make eye contact. In some situations or even cities, eye contact itself could be viewed as a threat. Use your best judgement.

People's body language is an indication of their comfort level. Typically, people planning to commit an act of violence are nervous, and it shows in their mannerisms. They may be gripping something tightly such as the armrest of the chair they're sitting in or a book bag they're holding. They may be trembling, sweating, shifting their weight unnecessarily, or perhaps adjusting baggy clothing (a sign that they may be concealing a weapon). These nervous gestures are not just things you see criminals doing on TV; they're things people actually do when in a state of distress or hysteria before committing an act of violence.

Noticing body language is important for identifying threats of violence. It's also useful for identifying medical emergencies. For example, when someone is seriously choking, they're not going to make any noise because they cannot breathe. Unless a choking victim is banging on a table or reaching for someone nearby, a person could easily pass out before anyone noticed that they were choking. However, by looking at a choking victim, there would be no doubt based on their color, mannerisms, and panicked expression that something was indeed wrong.

Put your phone away

A lot can happen in a split second, so just think of how much can happen when you're on your phone for several minutes at a time, talking, texting, or scrolling through your Instagram feed. Staring at your phone makes you oblivious to potential threats. Additionally, if an attacker is looking for a victim, they're going to target the person who's distracted, and phones do a good job of that.

Open your ears and nose

When we think of situational awareness, we often think of Jason Bourne or Chuck Norris throwing punches and kicking the bad guys across the room before they even see it coming. However, situational awareness isn't about the fight; it's about what happens before the fight. It's about soaking up your surroundings, listening, seeing, and perhaps even smelling abnormalities.

Once a crisis happens, you no longer have the luxury of observing. Listening and noticing events leading up to a crisis will help you to not just respond, but also to respond more quickly and effectively because you will have "seen it coming."

Position yourself to observe

We all know someone who doesn't like to sit with their back to the door or the room. These people are likely the most situationally aware people you know. Instead of calling them paranoid, consider learning from them. Next time you're in public, choose to stand or sit in a place that provides the best perspective of your surroundings. Once you're there, practice your situational awareness skills by consciously taking note of details in your environment and trying to remember as many of them as you can. As much as situational awareness is a test of observation, it's also a test of memory.

Observation is necessary, but it's not enough on its own. Maybe you've heard of the OODA Loop, a concept developed by military strategist and United States Air Force Colonel John Boyd.

Many would define situational awareness as the first two points of the OODA Loop — observe and orient. Once your observe and recognize a threat, you must orient yourself to respond. Will you walk away? Run away? Run toward?

Orientation must happen quickly if you're going to respond effectively in an emergency crisis situation. This is where training proves its value. Without training, your natural orientation may be fight, flight, or freezing up. While the first two can sometimes be the right response, freezing never is. Only with proper training will you be able to teach your brain to quickly orient itself and respond to unexpected emergencies effectively.

Interested in attending a Situational Awareness Seminar or getting Active Shooter Training for yourself or your organization? Click on the banner below to learn more about training opportunities with ProActive Response Group.