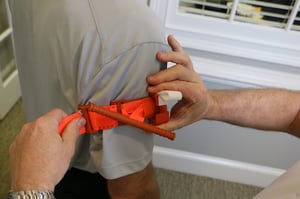 If you ever find yourself in an emergency situation, whether it's an active shooter event at work or a car accident on the interstate, we cannot emphasize enough the importance of a fast response.

Sadly, there are a lot of myths floating around out there that can squelch a civilian first responder's confidence and even hinder their ability to provide life-saving medical treatment. We want to debunk those myths in hopes of empowering you to take action, respond, and save lives.

Myth: I could face legal repercussions if I provide lifesaving medical treatment without sufficient qualifications.

You probably already know that many people are afraid to provide medical treatment in an emergency because they lack the confidence to do so. You may even be one of those people. But the other concern people have about treating life-threatening injuries is that they might be held legally responsible if anything goes wrong. They're afraid that the aftermath of an emergency might bring them a lawsuit.

But this concern is unfounded, thanks to Good Samaritan Laws, which protect civilian responders who provide emergency medical treatment although they may not be professionally trained or certified to do so. Unless the response provided was clearly an act of aggression with ill intent, you are protected under Good Samaritan Laws. So, don't hesitate to be a good Samaritan — respond and save lives.

Myth: I should only use a tourniquet as my last resort.

If a person can bleed out in 2-4 minutes — and they can — then every second counts. If you see someone with severe bleeding, and you have a tourniquet on hand, apply it! If you don't have a tourniquet, improvise!

Do not treat a tourniquet as your last resort by trying to first get the bleeding under control with direct pressure or gauze. Instead, keep it simple: Apply a tourniquet immediately, and stop the bleeding as quickly as possible. If you need to assess the injury later, you can, but it's better to overestimate the seriousness of an injury and apply a tourniquet unnecessarily than to fail to apply one when it could have saved a life.

Myth: I could hurt someone worse if I pack their wound incorrectly.

Wound-packing is partially an art, but mostly, it's just common sense. The goal is to stop bleeding when the injury site is somewhere other than an extremity. Examples of places where wound packing is appropriate would be the shoulder, back, pelvic region, and buttocks. The stomach and chest are both exceptions. It's best not to pack stomach or chest wounds because there's so much open space in these regions that you could pack an excessive amount of gauze into them without actually stopping the bleeding.

However, thinking that an injured person is better off without you packing their wound than they would be if you packed it imperfectly, is a myth. When the alternative is death from blood loss, the only wound-packing technique you need to worry about is speed.

Myth: My employer would provide medical and active shooter response training if it was really that important.

Most employers do not want to even think about the idea of workplace violence, and scheduling a training session for their workforce to get trained in active shooter response feels too much like they're expecting it to happen. We understand the dilemma, but on the other hand, we cannot let uneasiness halt our preparedness.

Failure for companies and organizations to provide their teams with Active Shooter Response Training presents an obvious risk, but it also can have legal ramifications. After a Minneapolis company experienced an active shooter event in 2012, the court ruled that they had been negligent for not training their team in active shooter response. In short, Active Shooter Response Training is becoming not only common, but also crucial, and an employer's passive approach toward it does not lessen its importance.